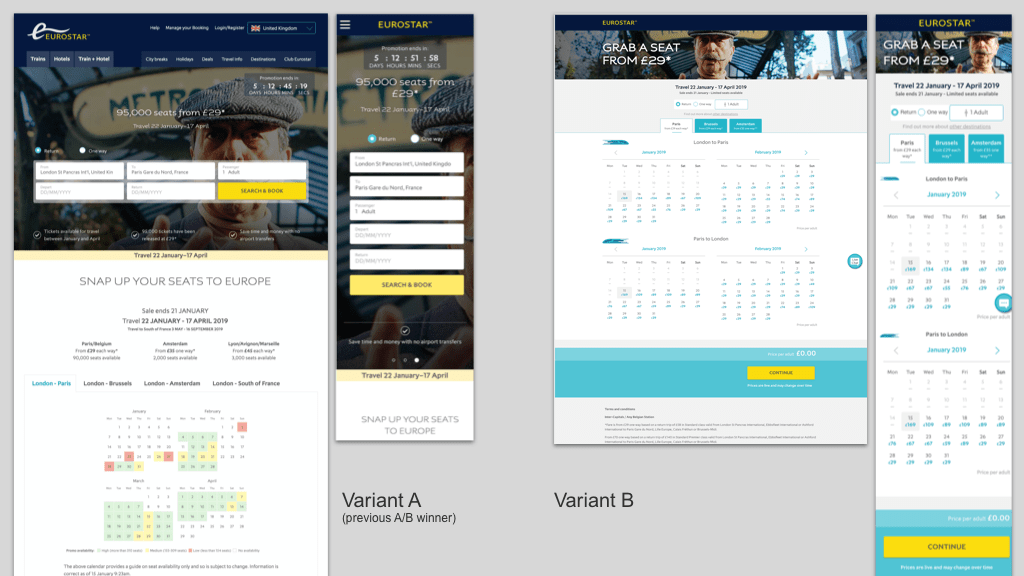 Eurostar launches promotional campaigns called ‘Seat Releases’, they consist in selling a set number of tickets at a low price. These marketing activities are supported with online advertising.

As a lead UX designer on the booking funnel, I was tasked to design a variant landing page to challenge the best performing landing page of the previous campaign.
The interaction design had to be produced within the existing technical limitations, legal requirements and time constraints. 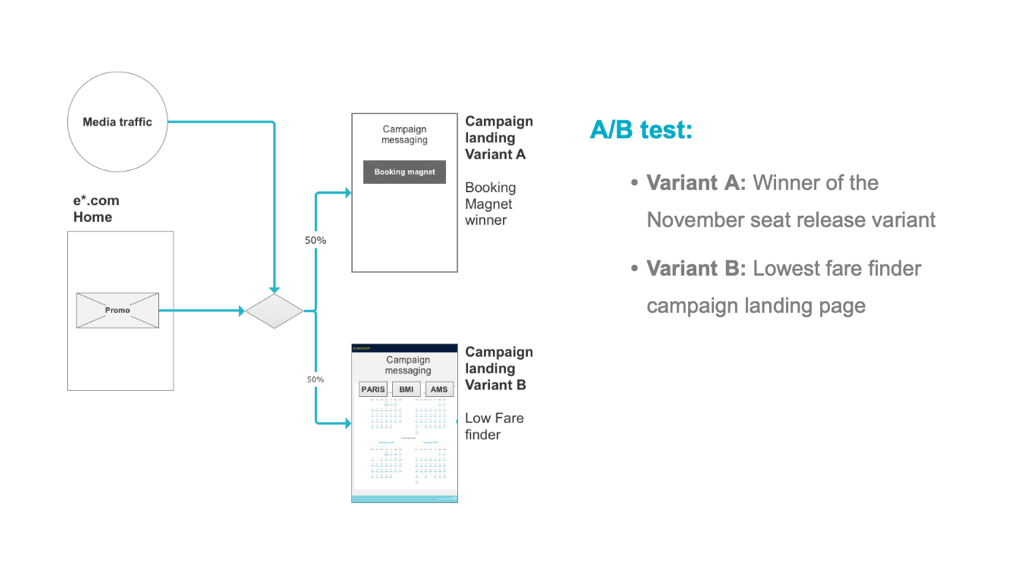 The solution proposed made use of a low fare finder component, presented in the form of a calendar (in user testing sessions user found it more difficult to use a bar graph view). 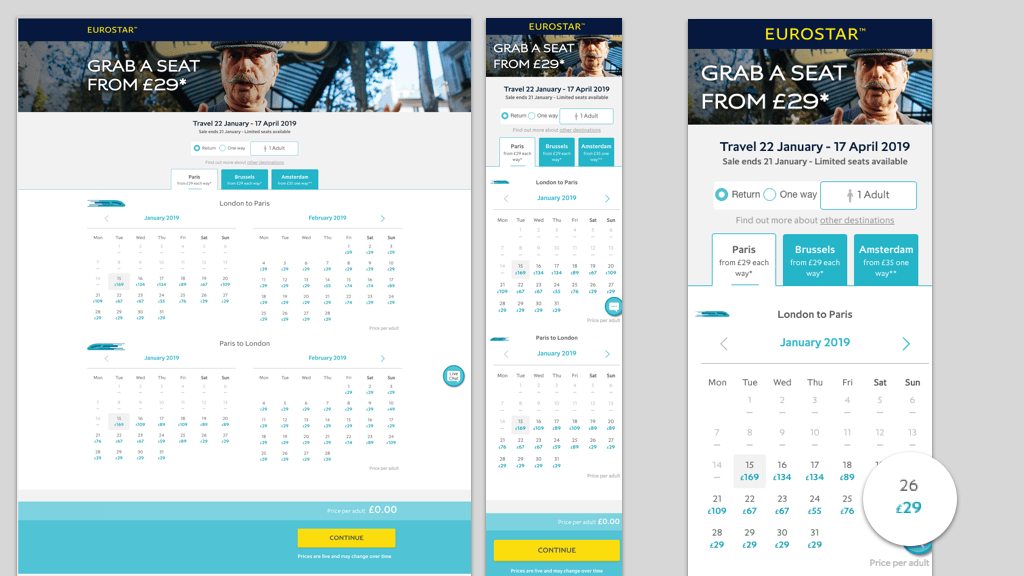 With a large share of the the traffic coming from smartphones, the design was tailored for a mobile experience. The key challenge was show the lowest fare available for each day within the small real estate of an iPhone 5s (which is the limiting device we designed for), also relying on legacy components as there was no time to rebuild these (e.g. one way/return, PAX selection etc). 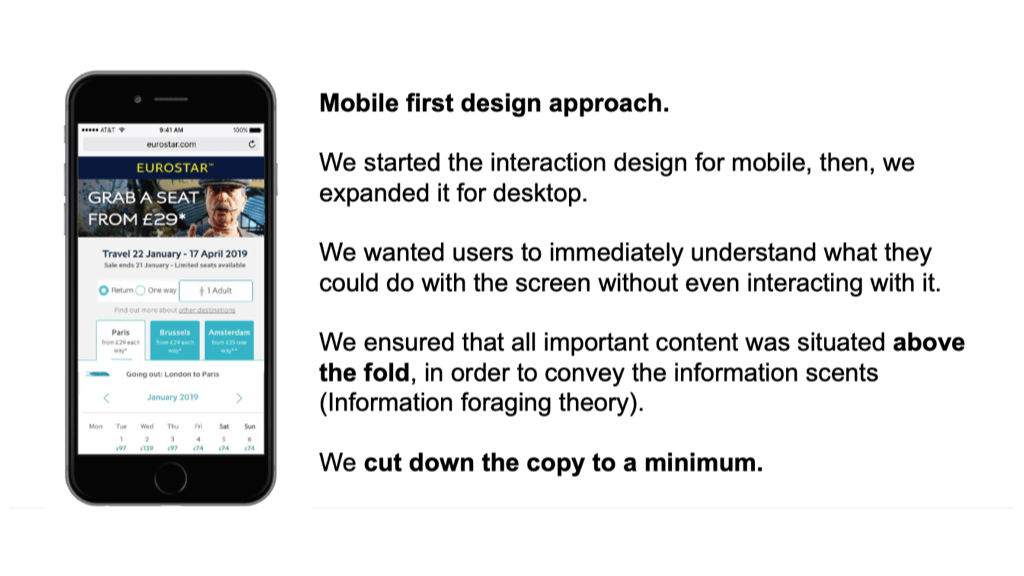 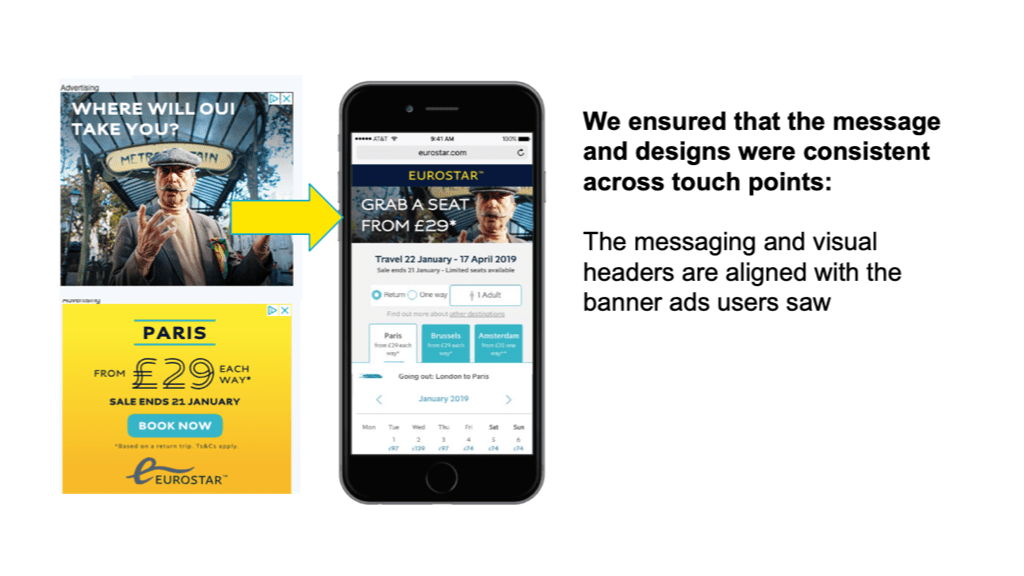 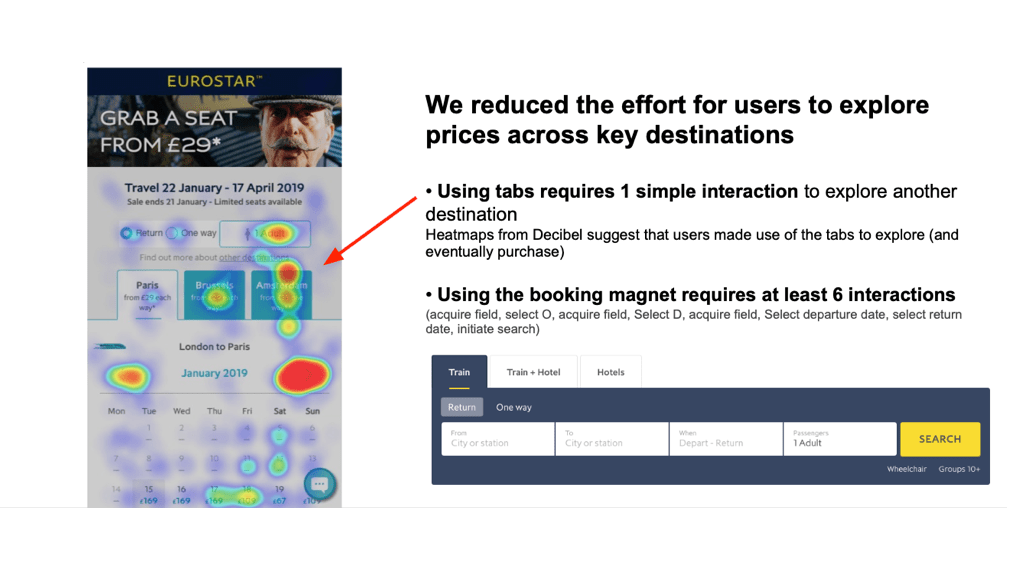 Our user testing platform enabled me to immediately test the prototype then the staging version of the build, before deploying to production. 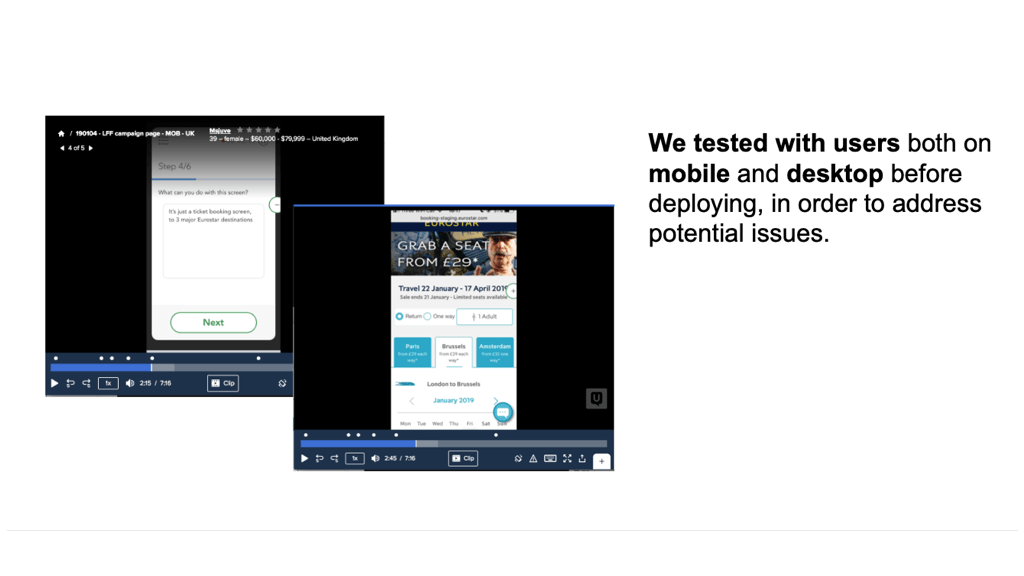 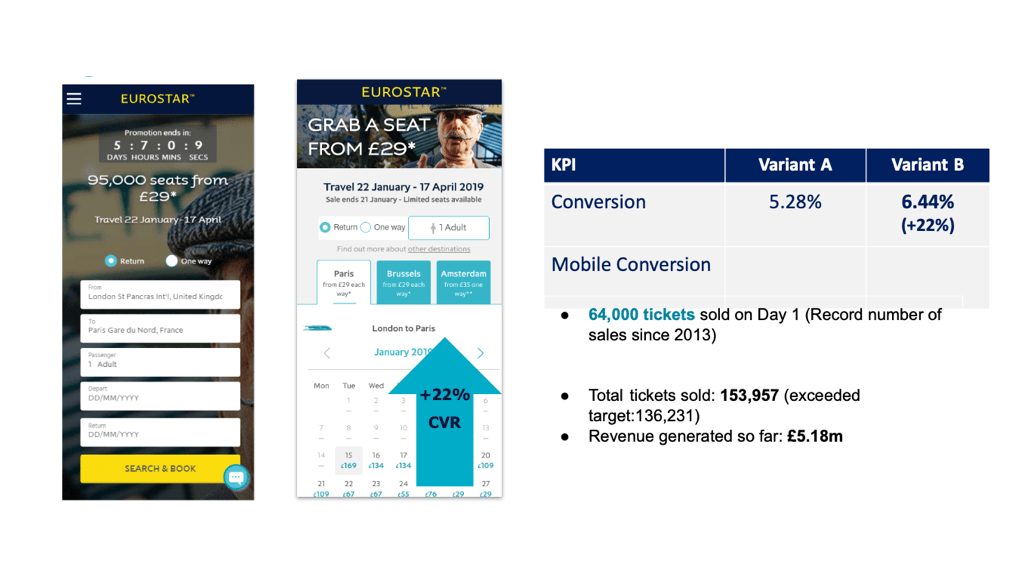 The variant designed exceeded the performance of the control condition by 22%, which was the highest conversion rate increase achieved on Eurostar.com to date.
The Mobile conversion rate also dramatically increased, which was one of the key objectives. 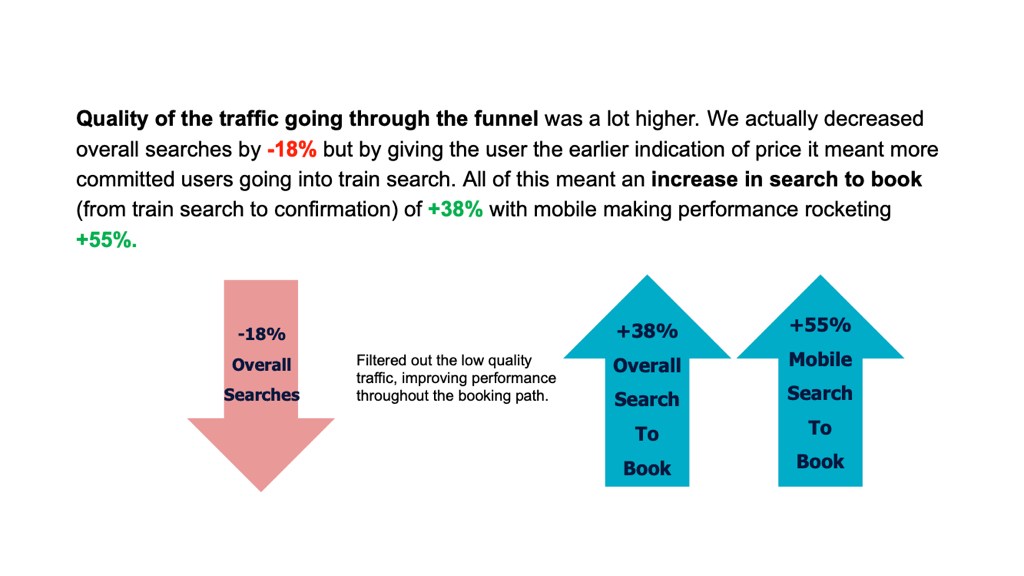 The template designed at the occasion of this campaign is now use by default for every ‘Seat release’ campaign.